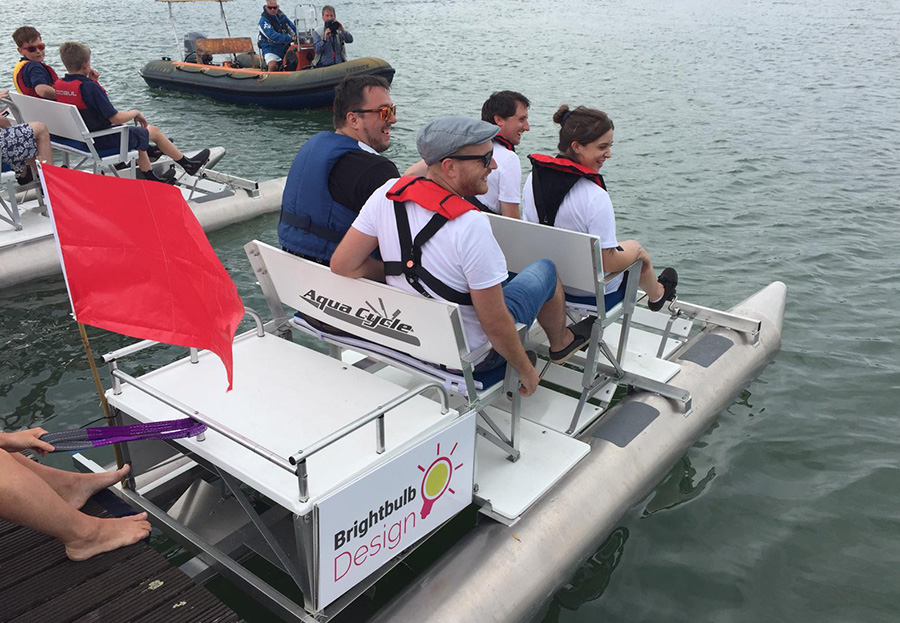 64 competitors from all over the country raced in several heats before pedalling for victory in the final. Local teams included more IWC chamber members, Brightbulb Design and Harwoods of Yarmouth. There were also teams from further afield, including Virgin Atlantic and the Itchenor Rowers. In the end though, it was IoW favourites, Cheetah Marine who took the trophy.

A great day was had by all, as hundreds of people turned out to enjoy the races, as well as a BBQ and live music.

Jen Allen of Wight Marine said “We’re really proud to support the World Pedalo Championships again this year. It’s important to make all boating accessible and to make the most of the beautiful rivers and coastline on our doorstep. So, supporting an event and a charity that do just that is fantastic!”

Over £10,000 was raised for the charity Wetwheels Solent, which helps disabled people access boating and enjoy the water. Thank you to everyone who supported the event, whether sponsoring, competing or cheering!